Coastal wetlands can abate the impacts of tropical storms, cyclones, and large storm surges and can preserve lives and property. Wetlands at the margin of the water bodies such as rivers, lakes, and oceans protect the lands from erosion, as plants within the wetlands hold the soil and reduce the strength of waves or the speed of the water flow. Wetlands act to reduce flooding, slowing and absorbing rainwater and trap sediments. They are also able to filter runoff and metabolize excess nutrients. Wetlands reduce flooding far better than hard infrastructure like seawalls and levees and at lower cost. In one recent study, researchers found that wetland restoration provided USD 8 in flood reduction benefits for every USD1 invested (Reguero et al. 2018).

Salt marshes are intertidal communities of plants that grow on the foreshores of coastal lakes and estuaries. Occupying the high tide zone, they contain plants such as sedges, rushes, reeds, grasses, succulent herbs and shrubs that are able to tolerate high salinity and sea water inundation. The vegetation is generally low, although the more landward reaches often have buffers of larger tree species. There are bare patches within them and sometimes salt pans or sandy areas (Dpt. E&E, 2016). They are also home to a large variety of fauna - including water birds, fish and crustaceans. 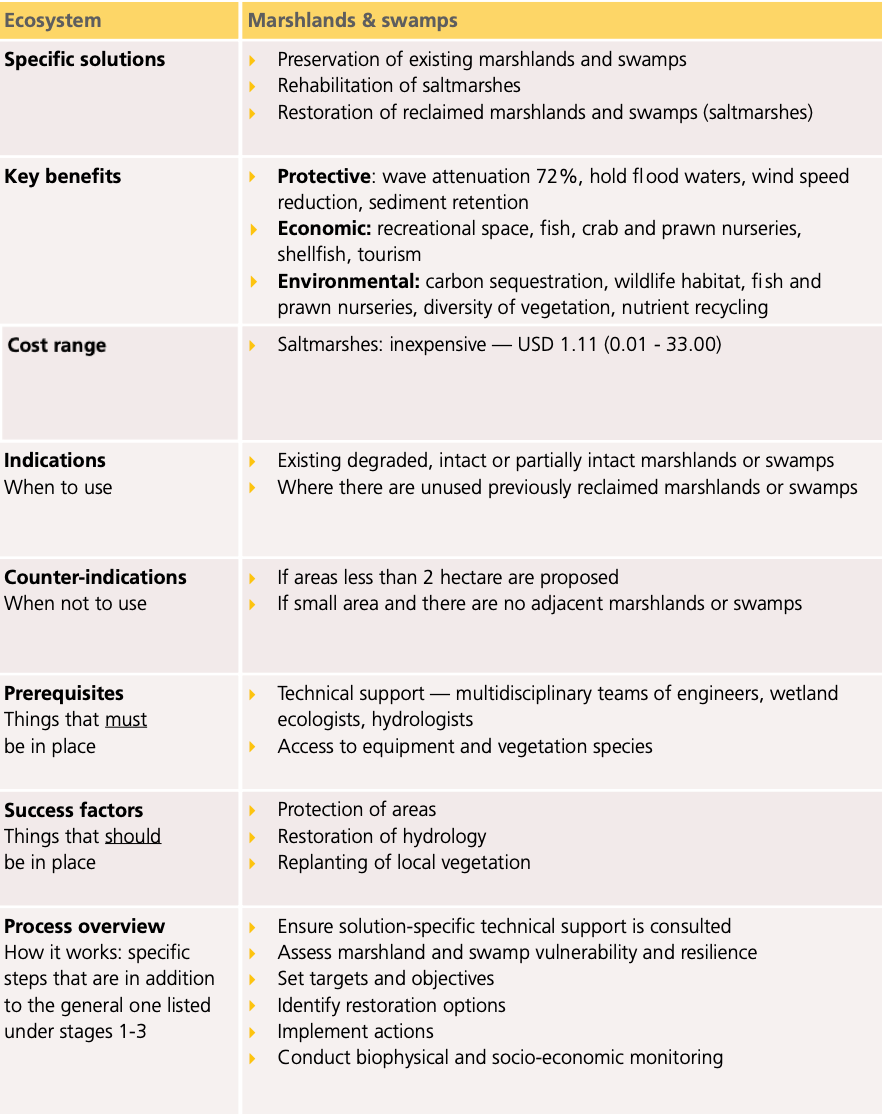 Are you finished with the explanation on Marshlands and Swamps? Move on to steps in Identify Solutions.