Coral reefs are formed by coral polyps and grow best in warm, shallow, clear, sunny, and agitated water. While they are spread over less than 0.1% of the world’s ocean expanse, they are home to 25% of all marine species. They flourish in nutrient-poor waters and are fragile due to their sensitivity to water conditions. Healthy coral reefs absorb wave energy and help protect communities. These ‘rainforests of the sea’ have numerous other benefits - including their value for tourism, fishing, and biodiversity.

A meta-analysis of coral reefs in the Indian, Pacific, and Atlantic Oceans revealed that on average, reefs dissipate 97% of wave energy that would otherwise impact shorelines.

In their meta-analysis of 27 studies on coral reefs and wave attenuation in the Indian, Pacific, and Atlantic Oceans, Ferrario et al. (2014) compared the wave energy and height reduction by reef crests (the seaward barrier of the reef), the reef flat (the expanse of the reef), and the whole reef.

Most of the energy is absorbed by reef crests (86%), although the width of the reef flat also makes a difference in wave energy and wave height reduction (for reef flats less than 1,000 meters wide). A study estimates that 100 million people receive protective benefits from existing coral reefs (Ferrario et al. 2014:6), although it did not quantify the benefit.

Despite their enormous value, they are under threat from climate change through oceanic acidification, altered water conditions, rising temperatures, and more intense weather events, as well as local factors such as nutrient run-off from fertilization, over-fishing, and harmful development practices such as coral mining. The combined effects of climate change and local pollution put them under stress, which often leads to coral bleaching, as can be seen in the case of reefs in the Maldives on page 43. Bleaching occurs under certain conditions (e.g. the water becoming too warm), where corals expel the algae living in their tissues and turn the coral white. They can survive bleaching events but are under increased stress.

Coral reefs have the ability to naturally recover if degraded. At 60-70%, coral reef restoration survival rates are relatively high when specific methods are tailored to local conditions (Boström-Einarssen et al, 2018:2). However, the vast majority of studies only monitor restored coral colonies for one to two years, after which coral survival decreases. 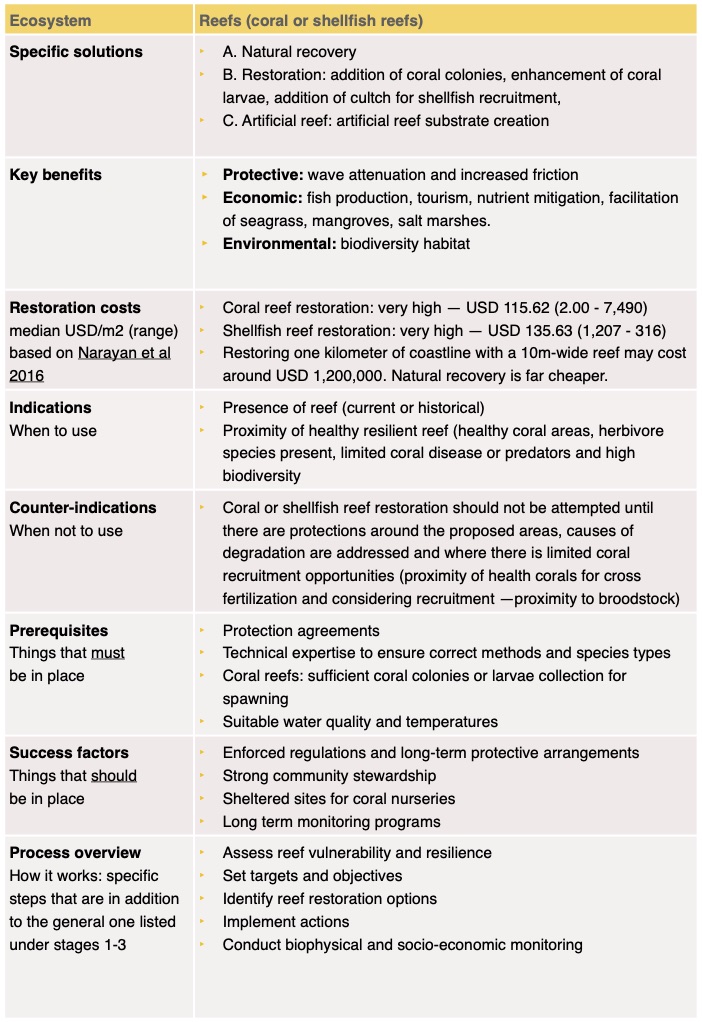 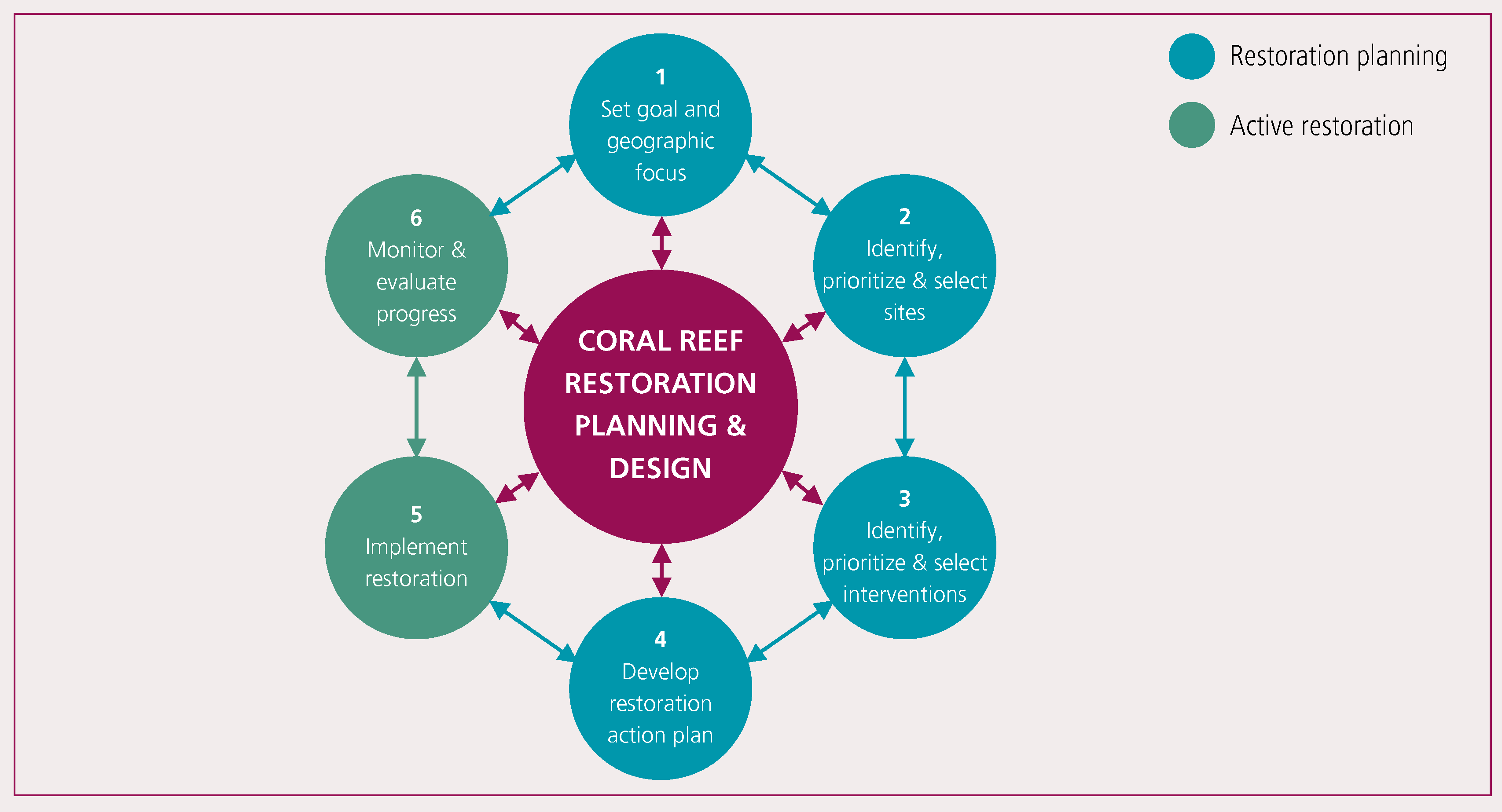 Coral reef restoration framework, from A Manager’s Guide to Coral Reef Restoration Planning and Design (Shaver et al., 2020: NOAA CRCP TM36). You can find more information on these steps in the guide here.