Mangrove forests consist of salt-tolerant shrubs and trees that grow along tropical and sub-tropical coastlines. Fringing mangroves along gentle coastlines inundated by daily tides are most common, though mangroves are also found along river estuaries, basins, and other settings (UNEP 2020: 3).

Mangrove forests consist of numerous species, with dominant types altering based on their relative position to the sea. Globally, the expanse of mangrove forests shrank between 1997 and 2016 from 18.3 to 8.3 million hectares, largely due to land use conversion, pollution, over-exploitation, and climate change (ibid:5).

Where mangroves have been lost, previously protected areas are faced with substantially greater hazard exposure (mangroves attenuate waves, retain soil and act as wind breaks). The loss also robs the critical function of mangroves as a carbon sink and reduces local biodiversity.

Two options for NbS — natural regeneration or artificial restoration. Both are inexpensive (in particular if applied at scale), but require technical expertise and suitable nurseries.

The choice of options depends mainly on the current status. 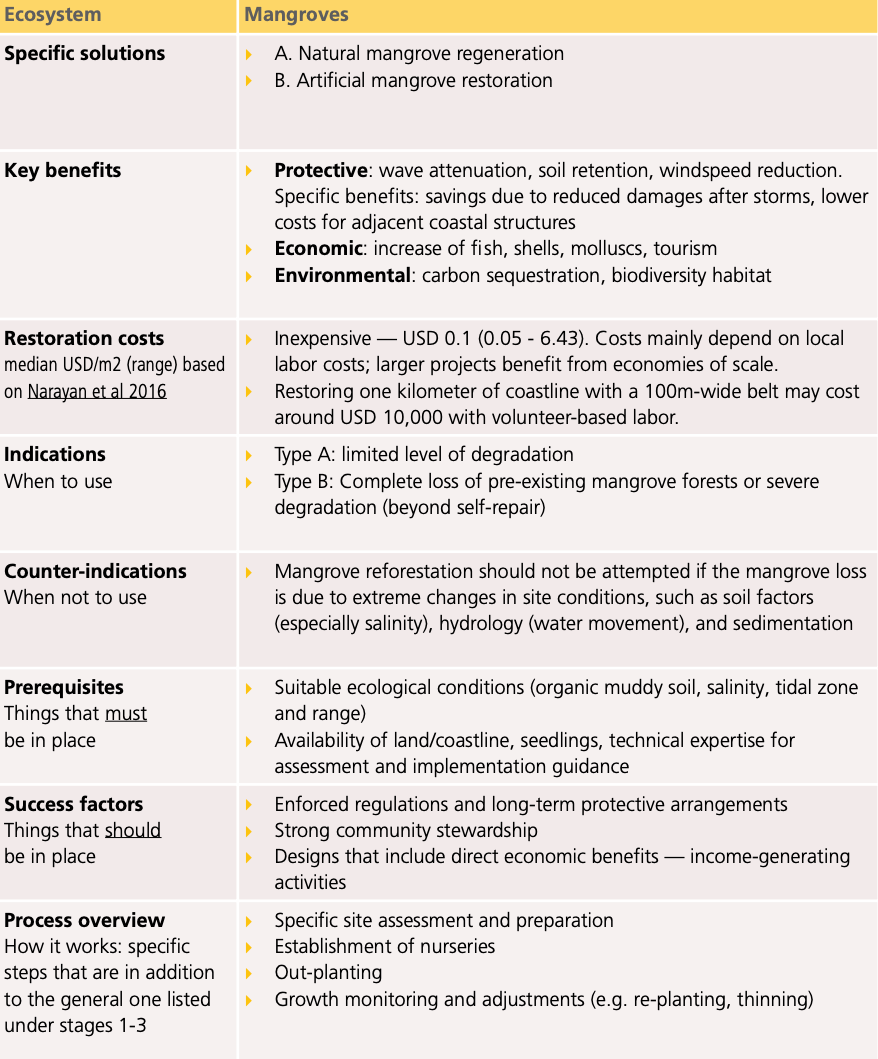 Most mangrove forests are structured in zones that run parallel to the shoreline. Each of these zones has usually dominant (sometimes just one) mangrove species. This distribution of mangrove species is caused by varying levels of environmental factors across the intertidal area. This includes salinity, level, and frequency of inundation, tidal flow, nutrient availability, amongst others (see fig. A2.1 below).

Mangroves play important roles as habitats and nursery grounds for fish, birds, and other wildlife, and support associated ecosystems such as seagrass meadows and coral reefs. Mangroves are formidable carbon sequesters that store much more carbon than land-based forests - particularly underground. Despite mangroves' substantial environmental, protective, economic, and cultural significancy, the global expanse of mangrove forests has seen a stark decline.

Like all ecosystems, mangroves are dynamic and regenerate, shrink, expand or shift over time, thereby responding to the conditions they are in. Their propagules (seeds) fall off into the water when ripe and develop into new plants, provided they end up in fertile soil. 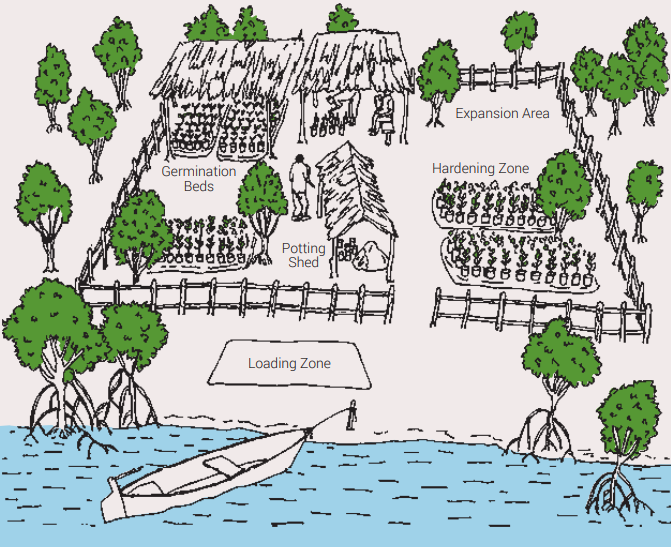